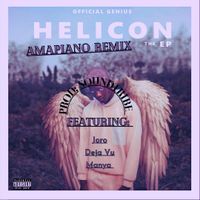 GET EARLY ACCESS TO HELICON EP AMAPIANO REMIX BEFORE ANYONE ELSE DOES. COST: $20 FULL EP WILL BE DELIVERED TO YOUR EMAIL ADDRESS 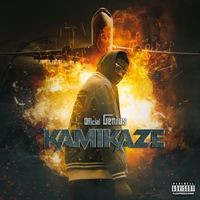 Official Genius recently announced the release date for his debut album, which is June 21st. He wants to bless his fans with 7 songs from the album. Want to be the first to listen to those 7 songs order now be among the first set of people to listen before the release date.

Official Genius has his basic education in Benin, Edo State where he was raised. High school at Winrose Groups of school, Colleged at Auchi Polytechnic studying Mass Communication & Journalism.

Official Genius started his music career at a very young age of 9. According to him, He add a passion of beautiful sounds like Birds Tweeting, music instrumentals, waterfalls, and tried turning what he could hear into good music

In 2020, he kicked off his career as a professional musician. He released Erima.
Subsequently, he released a 6 song EP named Helicon with songs like Shade, Déjà vu, Joro, letter to Ese, Helicon & Manya which blazzers on Radio stations across benin.
In June 2020, Official Genius released his Debut album KAMIKAZE . The 21 track album featuring some of the finest artists from different parts of the world, Nigeria, South Africa, Jamaica, United States, United Kingdom.

He is an unsigned Artist but has a dream to sign upcoming artist and his building a label named Smootha Ent and he also has support from his Girlfriend Mai Urano who has helped him in taking his career to the next level.

Official Genius has released 27 songs since his career. Some of his songs are:

Over time, music has turned into a profession that many individuals dream of pursuing. Regardless of their talent, music artists’ glamorous life is the main source of attraction for many new-comers. Yet, most fail to enter the industry since their interest is driven to attain fame and wealth, not their talent or the music itself. However, the ones that are meant for that profession widen their horizons and make it happen despite all the hurdles and obstacles in the way.
The past decade has welcomed some talented music artists who have redefined music and have received a phenomenal response from the modern audience. Among the list of those amazing artists climbing the staircase of success is Uyiosa ikponmwosa Samson, a 18-year-old artist who has made a groundbreaking entry into the music industry says Dreams require a lot of hard work and dedication to transform into reality. Official Genius is one of the few individuals who hold onto their dreams and do not let them go until they reach their required destination.

DEDICATED WORK ETHIC
Born on June 21st, 2003.  in Benin, Edo state Nigeria. Official Genius believed that the existing music was incomplete for a new generation like his. As a music representative for his generation, Official Genius aims to create music that the modern generation can relate to. Addressing this issue, he has created music on internal battles that not many music artists prefer talking about. “NOW,” “STAY WITH ME,” and “IN MY FEELINGS” are some of his songs that have received a great response from the listeners since they talk about ‘real’ issues that society mostly avoids. “I find inspiration all around me,” says Official Genius.

Apart from being a renowned artist, Official Genius is also a record producer, songwriter, and Fitness Lover. The multi-talented artist explored his passion for music very early in life. At the age of 9, He recorded his first cover to Future Mask Off in 2017. Whether it be pop, RnB, alternative/Indie or HipHop, music has always been a go-to therapy for Official Genius.

releasing several songs such as ‘Erima’ that marked Official Genius musical career’s professional journey.
Through the musical exposure in his high school, Official Genius had received the required exposure. Consequently, she released his first 6 song EP called ‘HELICON’ at the age of 17. Official Genius is widely known for his lyrical uniqueness and mesmerizing voice. The Extended Playlist received a great response from the audience, enabling Official Genius to dream big.
After the release, Official Genius launched KAMIKAZE in June 2021, an album that is considered a masterpiece in the musical world. It was a treat for music fanatics that possessed the power to captivate the audience. With the release of KAMIKAZE, Official Genius voice was able to reach all parts of the world, giving her worldwide recognition.
With the aid of songs such as “NOW,” Official Genius has shown his immense power to portray his feelings through his music. His original sound, music, and lyrics are a promise to the music industry that he is not going anywhere and is here to stay for a very long period of time.

A ROLE MODEL TO MANY YOUTHS

Complimenting his musical career, Official Genius has also stepped into the entrepreneurship world. Traditionally, people believed that it’s best to keep the focus on one profession. Official Genius, nevertheless, has launched his Brand clothing line called “Official Genius”. Is Nothing but the Atmosphere,” changing that stereotypical thinking. Talented individuals from the new generation, such as Official Genius, are playing their part in making new standards, re-structuring the conventional thinking as they give their 100% in every field they step into.
Most Youths these days have been struggling with self-esteem issues, thinking low of themselves. Official Genius says, “I’m Just starting, it’s a process and i’ll go down the road and give my all not just for myself but to represent my people, those who support and believe in my sound. I’ll not stop giving the people the music they need for any mood type they may need it for, i’ll make a difference in the music scene”.

My music will reflect my brand and legacy ― Official Genius

Haven just recently putting out a 21 song Album titled KAMIKAZE, Official Genius has decided it’s time to pop up on the music radar, on an Rhythm FM benin, He said it’s my time to take over and i’m doing this for the people who have supported and believed in me, and also for the people who are from my hometown who thinks it’s hard to get the fame. i’ll serve as a big motivation for other upcoming artists not just from my hometown but from all over the world.

so far i’ve succeeded in completely 27 projects including a single i dropped in 2019 named Erima and a 6 song EP i dropped early 2021 and my Debut Album of 21 songs consisting of fine and beautiful artists from different parts of the world.

Seeing the likes of top nigeria artist like Wizkid, Burnaboy, Davido drawing the international attention to the nigerian music scenario, i intend on strengthening the connection we already have with the international music scene for the upcoming lads that’s why i got arts from different regions of the world featured on my debut album. i want to also put out sound that everyone can derive please listening i mean the old, young, boy, girl. that’s why i go extra miles to put in the work for every sound i make represents myself as brand and a legacy when i retire from music, make sure i leave a big footprint in Africa and the universe at large.

The Genius has also explained the creative process behind his songs, “the kind of music i put out, are more of live events and experiences more than fictional sounds, i make sure i’m passing a message in my music, if there’s no message then it should be the party songs to get the clubs lit. “ he said this in an interview with Vibes FM Nigeria. The charismatic & impregnable music artist, started his career from Joining in challenges and competitions to pursue his dreams, he won his first award as fast growing art in the southern region of Nigeria in 2019 (the Joker Award).
from singing churches,night clubs,shows, schools. the impetous, intuitive and Empathetic Artist who's known to be able to do a Hip-Hop, POP, R&B, DanceHall Afro Songs, Alternative/Indie makes him stand out. Hailing from the Heart of Nigeria, (Edo, Benin) Born on the 21st day of June 2003. Uyiosa Samson Ikponmwosa says the time is NOW
The Helicon, Kamikaze Crooner calls his supporters Helicons

upcoming concerts and events are listed below!

Want a feature with Genius, you got it with ease, don't go through email. Go through the process from here...

Genius talks about the release of an upcoming album tittled KamiKaze.
you can support the course!!!